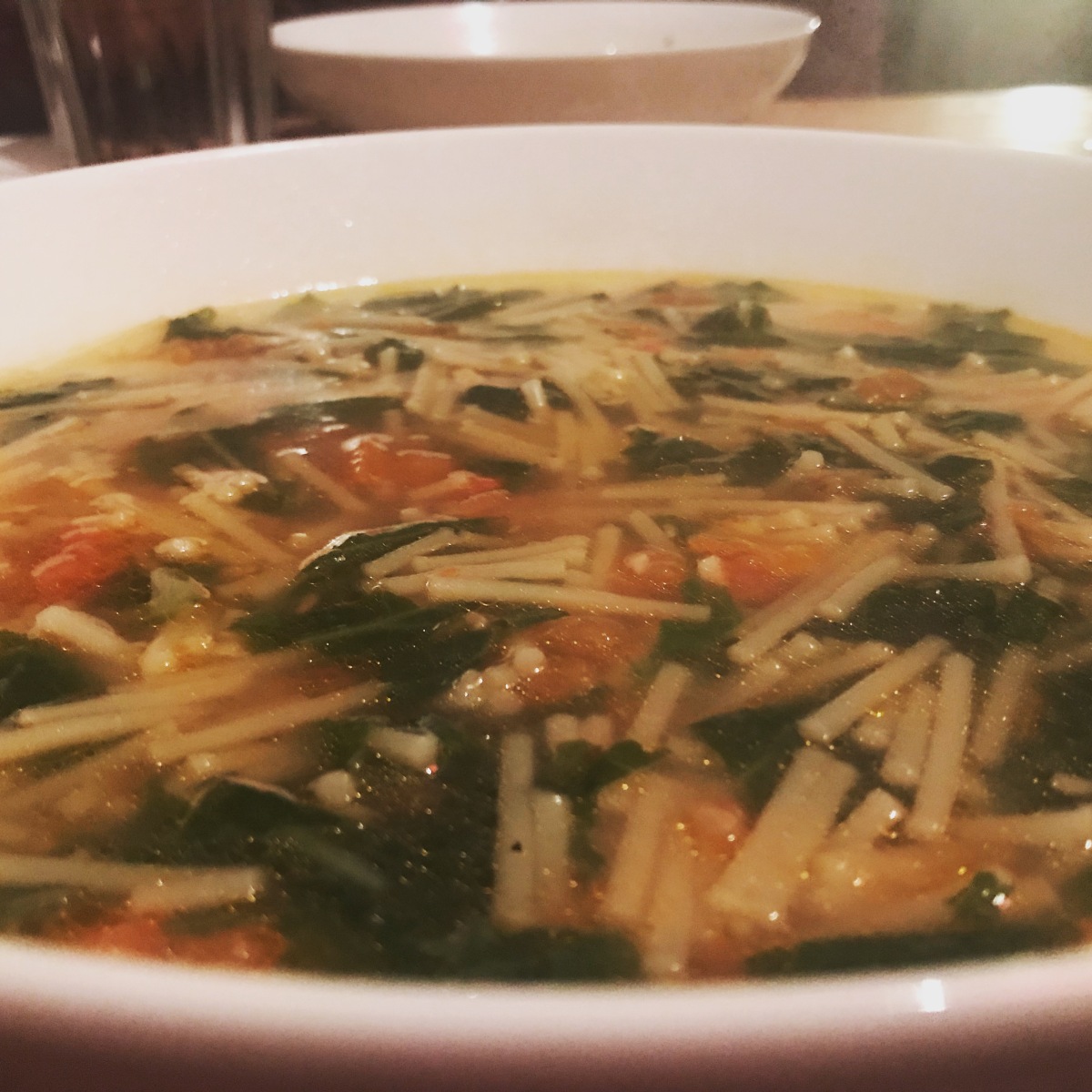 This is, in the words of the great Laurie Colwin, ‘a snap’. Which means it’s easy to make and tastes sublime. If you haven’t read her, read her.

Tenerumi are the leaves from a particular variety of summer squash, the Tomboncino, a big old rambling thing that produces comedic, elongated fruit,   Along with this Carry On veg, it also produces an awful lot of leaves, which taste great.   Just four ingredients and seasoning go into this dish; no stock, no herbs, but my Lord it’s good!

The only difficulty about this soup is getting your hands on the tenerumi.  So I grow my own plants, which makes it a proper seasonal dish, and all the better for that.  Treat them like a courgette on steroids, and you cannot go wrong. 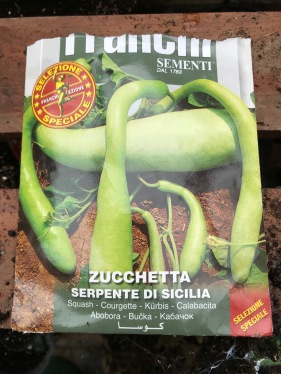 In Palermo you eat this in high summer, when you can buy carrier bags of the leaves in Ballero and it’s 40 degrees outside.  Because what you need when it’s 40 degrees outside is a steaming bowl of hot soup and pasta.  In Birmingham, it’s more likely to be September and more clement when you get to pick your leaves, but it’s still good, none the less. The Sicilian also adds a load of tabasco for added heat, but that’s purely optional.

One carrier bag of squash shoots.

Take the shoots and strip off the leaves, then coarsely chop them (you don’t want any stems, but any baby squashes can go into the pot).  Set aside.

Take two or three cloves of garlic and add to a frying pan with some cold olive oil.  Heat this up until the garlic starts to brown and then add six large, skinned and chopped tomatoes, add some water to thin them down and then cook back down to a coarse paste (about 10 minutes).

Get two-three litres of water boiling, add plenty of salt and then add your tenerumi.  After a few minutes, add half the tomato paste and the spaghetti broken up into short (2-3cm) pieces.  As ever, the pasta shouldn’t be over cooked – the packet usually overestimates, so try knocking a minute of the timing.  Just before serving, add the remainder of the tomatoes and a glug of olive oil

Eat greedily (you will want seconds).